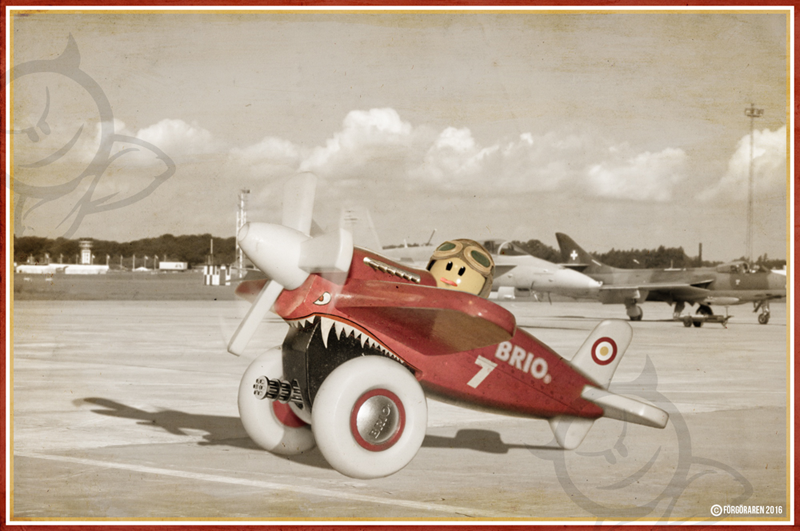 Originally intended as a wall poster for my daughter. But she rejected it! Wrote an email to BRIO asking if they perhaps wanted to buy a poster but they never replied. Anyway, it’s my daughter’s BRIO toy plane, slightly more equipped, ready for dogfight. The background photo is taken on the Såtenäs-strip at the Flygvapnet 80th anniversary.